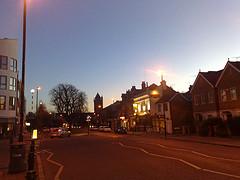 Discussions these days in the qat saloons of southern Yemen focus on the discontent people feel with what they see as the failed attempt at unification of what used to be two distinct countries, Yemen and South Yemen. Taking the lead from other protesters across the Middle East, dissenters in southern Yemen have taken to the streets in protest over the past two weeks.

Financial advisor Yassin Makkawi was speaking while he was chewing on the mild stimulant known as qat, a national pastime in Yemen, saying that, "President Ali Abdullah Saleh, like the rest of the Arab tyrants, will go down. It will be a crucial step toward regaining the south's independence."

Twenty four deaths have already been reported as a result of the demonstrations, and most of those deaths have been in the south. Demonstrators are calling for the ouster of President Saleh, who has lead with an iron fist for the past 32 years.

In 1990 a less than stable unity treaty was signed, but within four years civil war erupted between the south and mostly tribal north. The south lost the war, and the people there now fell that there is more corruption, their society has become more conservative religiously, and their incomes have gone down.

"Even the water used to taste better before. Unity has been a disastrous experience in every way. We never imagined that a united Yemen would mean discrimination and domination of our land and resources," Makkawi added.

← Saudis Moving in Tanks to Protect Bahrain Government
UFO over Temple Mount: Is the 12th Imam an Alien Visitor? →